The Builders A Story And Study Of Masonary 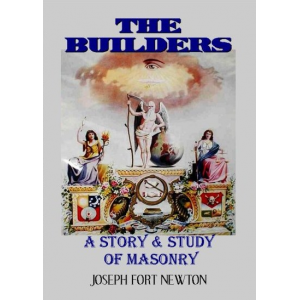 Book: The Builders A Story And Study Of Masonary by Joseph Fort Newton

Almost ten years have come and gone since this little book began its labors as a Workman on the Temple, and it is still busy, telling its story in different lands and languages. An edition is soon to appear in the Syrian tongue in Damascus, the oldest city in the world. It is here placed in the M. S. A. National Library, in order to have its part and do its work in the greatest co-operative undertaking in the history of American Masonry.

Oddly enough, The Builders has made its own way, unhelped by advertising or review, by virtue of its own spirit and purpose. Aside from a kindly greeting by Arthur Edward Waite in London, and another in the Masonic News of Detroit, it has had no special notice. None the less, by using the old Masonic method, "from mouth to ear," it has passed through more than forty editions. Brethren read it, liked it, and passed the word along; and so it has journeyed from land to land, weaving a web of goodwill.

Download Joseph Fort Newton's eBook: The Builders A Story And Study Of Masonary