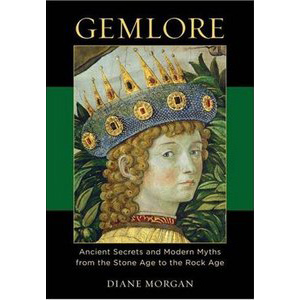 Book: Gemlore Ancient Secrets And Modern Myths From The Stone Age To The Rock Age by Diane Morgan

This is a book on myth and magic. There is not the slightest evidence that Gemstones can heal, protect, or purify or that they have any real Connection with planets,
zodiac signs, numbers, months, days of the week, “elements,” or “chakras.” They do, however seem to exert a powerful hold on the human imagination.

In writing this book I have relied on dozens of sources, some many centuries old and some published within the past year. Many of them repeat each other, although
some venture into new territory. The Book of Secrets is a Compendium of 2,000 years of gossip, mostly from Pliny, Albertus Magnus, and so forth. I have relied on this
text because it was so extraordinarily popular for centuries even though it garbled its sources. In the case of most ancient and medieval sources, I have used available
online sources for their quotations. Modern sources are listed in the bibliography; in nearly every case the stones are [discussed]alphabetically as I do here, and original text may be easily found. This is to avoid an overload of footnoting.