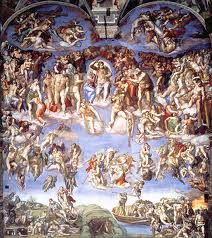 Confucius has proved to be the greatest influence over the Chinese character. Besides being a great educationist, thinker and unsuccessful politician, he was first of all an intellect with a noble morality. He pursued truth, kindness and perfection throughout his life and his success and failure were largely due to his character, which had an everlasting impact on Chinese intellect.

Confucius was born in 551B.C in the State of Lu which is known today as Qufu in Shandong Province.. In Chinese, his name was Kong Qiu. Kong was the family name while Qiu was his given name. This was because his parents had prayed for a son at Niqiu Hill and 'Qiu' was an appropriate token of their thanks and joy at having their prayers answered. Sadly, his father died when Confucius was very young but despite a hard life, he dedicated himself to study at the age of 15.

Patriotism was the driving force for the young Confucius and he set his sights on an official career as a means to apply his political ideals. He had gained some fame by the time he was 30 but it was not until he was 51 that his official life really assumed great importance. This eventful career was to last for only four years as he was forced to resign when he found it impossible to agree with the authorities. Such was the opposition to his ideas that he was obliged to leave his country and to travel around the states. During these 14 years, he was in danger on many occasions and even risked his life. At the age of 68 he was welcomed back to Lu but he was set up as a respected gentleman without any authority. He died of illness at the age of 73. A brilliant star fell into silence. His students treated him as father and wore the willow for three years. Zigong, one of the famous disciples, set up a cabinet near his tomb and stayed there for six years to mourn his beloved teacher. Confucius could never have dreamed that his lonely tomb would develop into the large Cemetery of Confucius (Kong Lin) and that his ideological system would become the norm for Chinese society.

Confucius took great delight in studying and was modest enough to learn from anyone. He never tired of teaching his disciples while diligence, his unremitting pursuit of truth, ideas and perfect personality, his integrity, kindness, modesty and courteousness inspired his disciples and the intellects of subsequent generations. Uniquely, only he is qualified to be called "the teacher of ten thousand generations". It is said that among 3000 of Confucius' disciples, there were 72 who were brilliant and who succeeded in morality, literature, language, and especially politics. These politicians contributed much to the spreading, formation and Development of Confucianism.

Influenced by Confucianism, in Chinese culture, an Intellectual is not limited in study alone. He should be successful in being a human and in his bearing of himself. A key objective of an intellectual should be to make full use of his ability, personality and intelligence to do good for the state, society and the world at large. This idea is so precious that we cannot help asking why the products of today's education system are far from satisfactory! Why do not we pay attention to our ancestor's core values instead of wasting so much of our time and energy in word puzzles!

Confucius' marriage was ignored purposefully by his followers. All we know is he got married at 19 and divorced his wife at 23 and remained single for the rest of his life. As Confucianism laid down the social ethnics of the Chinese society, why Confucius divorced remained a puzzle. We cannot find out how he behaved as a husband or as a father. However, the records show that he loved his disciples as much as his own children. He was not a cold or dull old man; instead, he was affectionate, humorous and optimistic. It is something of an enigma that this humble and wise man should have been first apotheosized as a Saint then demonized only to be re-established as a Saint by succeeding generations. In Chinese, he was known as Kong Sheng Ren (Saint Kong). We hope our Introduction goes some way to show Confucius as a truly human being.