An Encyclopedia Of Ancient Greek And Roman Mythology 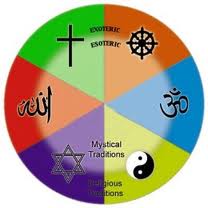 Book: An Encyclopedia Of Ancient Greek And Roman Mythology by James Hampton Belton

E. M. Berens orginally wrote “Myths and Legends of Ancient Greece and Rome” to provide an interesting work on Greek and Roman mythology, suitable for advanced schools. He (or she, I haven't been able to find out) wanted to give the student a clear and succinct idea of the Religious beliefs of the ancients, and to render the subject at once interesting and instructive. He hoped to awaken in the minds of young students a desire to become more intimately acquainted with the noble productions of classical antiquity.

I decided to create this Encyclopedia because I like the ease of use of a single browsable document in alphabetical order, and did not find a free encyclopedia that I liked. Wikipedia is a fantastic resource, but it is not an easy read. I liked the consistant, easy style of the E. M. Berens book, and because it was available from Project Gutenberg for free and without restrictions, I could take it and turn it into this reference work at only the cost of my time.
A very brief note on the conventions for the entry headings: the name of the entry is usually followed by the pronounciation in parentheses. In the case of figures who have equivalents in Greek and Roman mythology, the equivalent figure's name then follows in brackets. I hope you enjoy this book. Regards, James Hampton Belton