The Ritual Of Transcendental Magic 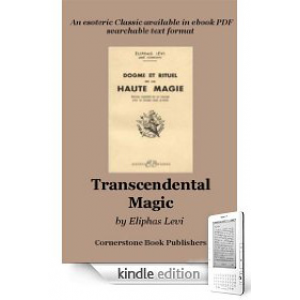 Book: The Ritual Of Transcendental Magic by Eliphas Levi

The author of this book calls upon the eastern Magi to come forward and recognize once again that Divine Master Whose cradle they saluted, the Great Initiator of all the ages. All His Enemies have fallen; all those who condemned Him are dead, those who persecuted Him have passed into sleep for ever; but He is for ever alive. The envious have combined Against Him, agreeing on a single point; the sectaries have united to destroy Him; they have crowned themselves kings and
proscribed Him; they have become hypocrites and accused Him; they have constituted themselves judges and pronounced His sentence of death; they have turned murderers and executed Him; they have forced Him to drink hemlock, they have
crucified Him, they have stoned Him, they have burned Him and cast His ashes to the wind; then have they turned scarlet with terror, for He stands erect before them, impeaching them by His wounds and overwhelming them by the radiance
of His scars. They believed that they had slain Him in His cradle at Bethlehem, but He is alive in Egypt.

A final word to recapitulate this entire introduction. If you be blind like Samson when you cast down the pillars of the temple, its ruins will crush you. To command Nature we must be above Nature, by resistance of her attractions. If
your mind be perfectly free from all prejudice, superstition and incredulity, you will rule spirits. If you do not obey blind forces, they will obey you. If you be wise like Solomon, you will Perform the works of Solomon; if you be holy like Christ, you will accomplish the works of Christ. To direct the currents of the inconstant light, we must be established in the constant light. To command the elements, we must have overcome their hurricanes, their lightnings, their abysses, their tempests. In order to DARE we must KNOW; in order to WILL, we must DARE; we must WILL to possess empire and to reign we must BE SILENT. 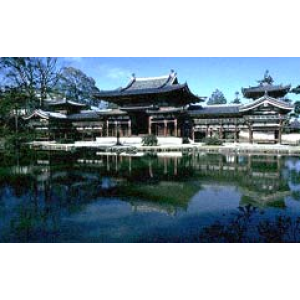 1. I believe in the "Way of the Gods," Kami-no-michi, which asserts nature's sacredness and uniquely reveals the Supernatural.
2. I believe there is not a single Supreme Being, but myriad Gods, superior beings, among all the wonders of the universe which is not inanimate but filled everywhere with sentient life.
3. I believe in the scriptural authority of the great books known as the Record of Ancient Things, Chronicles of Japan, Institutes of the Period of Yengi and Collection of Ten Thousand Leaves.
4. I believe in the sanctity of cleanliness and purity -- of body and spirit -- and that impurity is a religious transgression.
5. I believe that the State is a divine institution whose laws should not be transgressed and to which individuals must sacrifice their own needs.
6. I believe in moral and spiritual uprightness as the cornerstone of religious ethics and in the supreme value of loyalty.
7. I believe that the supernatural reveals itself through all that is natural and beautiful, and value these above Philosophical or Theological doctrine.
8. I believe that whatever is, is Divine Spirit, that the world is a one brotherhood, that all men are capable of deep affinity with the Divine and that there exists no evil in the world whatsoever.
9. I believe in the practical use of ceremony and ritual, and in the worship of the Deities that animate nature, including the Sun Goddess Amaterasu, the Moon God Tsuki-yomi, and the Storm God Sasa-no-wo. 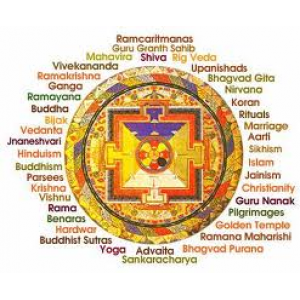 Mahavira denounced the Vedas and the Brahmanical order. Jainism was opposed to the caste system and conducting of sacrifices. It preached that all its followers should refrain from hurting animal life. It also preached vegetarianism, austerity, purity of body and soul to attain liberation from the sufferings of the materialistic world. Shedding all material possessions and actions, which hurt other beings, can only attain purity. Jainism is based on three broad Principles or the three jewels (Ratnas): Right Faith, Right Knowledge, and Right Action. The followers of Jain faith have to take the Five Vows:

Parsvanath, who was the 23rd Tirthankara, established the first four vows, while Mahavira added the fifth vow. Mahavira had asked his followers to shed all clothes and go about naked. This meant that the Jain monks had to observe absolute chastity and abandon all the pleasures of material life. They also had to perform rigorous asceticism along with long periods of fasting, self-mortification, Meditation and study of Jain Scriptures. 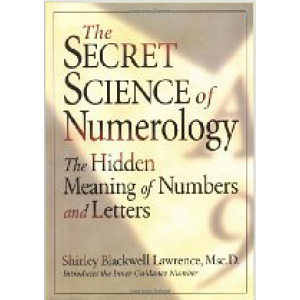 Book: The Secret Science Of Numerology The Hidden Meaning Of Numbers And Letters by Shirley Blackwell Lawrence

This is what this book is about; the search for facts that explain the science behind number vibration and unraveling other mysteries on the way; discovering the thoughts of those who were most wise and how their beliefs have been and are being proved by science today. And most importantly, how we can use this science to discover hidden meanings in our everyday words, our names, and in character analysis. It is an accurate tool for understanding our children and for employing the right people for the job.

There are many fine books on numerology that cover name analysis well. This book is designed to provide background reference material that can be used with any one of them. It is a sourcebook of information that I found scattered throughout a great deal of literature, and through meditation.

I had a thirst for knowledge and a quest for truth. The study of numbers put me on the road to illumination. A whole world opened up to me and life took on new meaning. If this book proves to be as exciting and enlightening to anyone else who is sincerely seeking answers, then my work has been even more worthwhile. “I prayed for wisdom and God gave me numbers.” Shirley Blackwell Lawrence Palmdale, California