The Book Of Dagon Cursed Writings Of Assyrian Priests 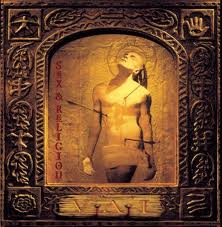 Book: The Book Of Dagon Cursed Writings Of Assyrian Priests by Anonymous

The Book of Dagon is unique document written by priests of an Ancient Assyria in XV B.C. Today members of Vermilion Brotherhood unsuccessfully try to blame this writing as fiction of the late medieval times. They come supported with propaganda of some false organizations and have only one goal - to arouse and strengthen distrust to really useful knowledge of Black Practice.

However, the fact that original document, preserved in the library of Gallia Congregation of the Great Black Lodge, was written on oilpaper but not on clay tablets, it can not be strong argument for those, who try to dispute the ancient origin of this book. It’s not a secrete that late Sumerian civilization spent its time in degradation. So that it can explain how clay tablets became most popular things for writings instead of coil-paper parchment. The last one was usually used for writings of business and calculations.

Nevertheless, parchment was often used by Sumerian priests for writing some magical signs, and as a result it might be that in last centuries of Sumerian civilization parchment begot some sacred meaning and later it was forbidden to write and depict on parchment everything except magical information. It’s clear that such a hypothesis doesn’t disprove possibility of someone person used oilpaper for writing some document such as The Book of Dagon.

Title The Book of Dagon was given by Dutchman Jeremiah Van-Meier, who lived in Holland in times of Spanish occupation. He was first European occultist addicted and devoted to Traditions of Sorcery and worship of Elders and Ancient Ones. He found this rarity when traveling through the Palestine.

Now about the language of this book. As there was a difference between methods of sacred and business information, so the language of priests could not be identical to average citizens. It’s known that Assur, Embodiment of the Beast, founder of an Ancient Assyrian Kingdom, granted to his tribe the alphabet UBRASH of 343 signs. It
was lost in time, because some symbols were used seldom and only by the most dedicated and devoted people. Usually priests used about seventy signs to make up even very complicated texts and formulas. These signs are the base of alphabet NAHAR, and the rest of signs were used as prefixes, intanacles etc. So language of Red and Black
Scrolls is based on the alphabet NAHAR.

Latin translation, made by Van-Meier from original document, was preserved in library of Genoa Company merchant Willem Lazarus. As the result, this document along with original text was found by Abbot Bartholomew. Later both texts appeared in Oaksford and came to the hands of Black Lodge during Johann Kellenheims pontificate in 1904.
We introduce you Translation from Latin and original version.