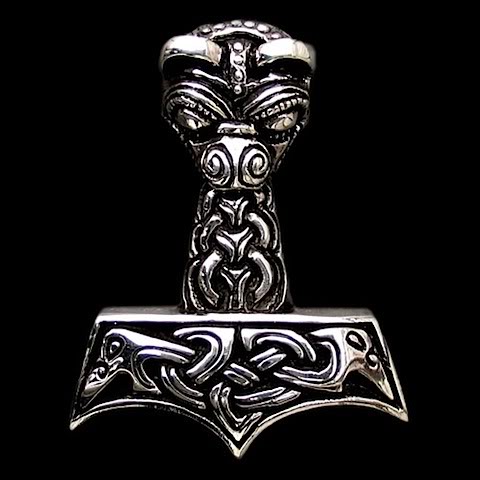 The only real differences between Germanic and Celtic religion seem to be the names by which the Gods are called. A viking of the tenth century would likely have felt quite comfortable in a Celtic ritual among the Gauls a thousand years earlier. Celtic religion deviates from the "Asatru norm" no more than do, for example, a priestess of Freya in Iceland and a warrior pledged to Wotan in Germany in Herman's time. Indeed, one is inclined to say that there is only "European religion" - and that the Germanic and Celtic beliefs are two expressions of it.

So what are the implications of all this? Well, it means that the Irishman need not feel out-of-place calling on Gods more often associated with Norway's fjords than the Emerald Isles hills and valleys. Ultimately all us Northfolk are spiritual as well as genetic kin.

Also Celtic-Germanic unity flies in the face of the sometimes-herard assertions that since Europeans often boast roots in different countries we're somehow mixed ancestry. How often have you heard someone say "I'm a Heinz 57 blend...part Irish, part Swedish, with some Englis h and German thrown in?" Clearly that's not mixed at all, because the Northern peoples are essentially one, in both their physical aspects and in their ancient relgiions. We musn't let people divided us on the basis of superficialities!

Thirdly, the catalog of our similarities measn we can use the one to fill gaps in our knowldge of the other.l As we reconstitute the tapestry of our ancient Asatru beliefs, there will be holes where the moths of time and persecution have done their work. But if we know the common pattern and how it's woven in the Celtic material, we can patch the holes with greater confidence.

Enough! All this scholarship makes thirsty work! I'm going to pour a fine bottle of Guiness into my mead horn, and toast all things Celtic/Nordic...Skoal, and Slainte, to you!