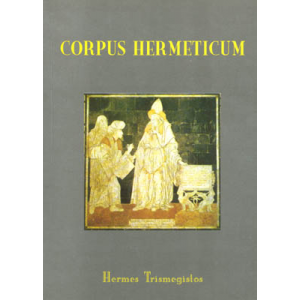 The Corpus Hermeticum are the core Documents of the Hermetic tradition. Dating from early in the Christian era, they were mistakenly dated to a much earlier period by Church officials (and everyone else) up until the 15th century. Because of this, they were allowed to survive and we seen as an early precursor to what was to be Christianity. We know today that they were, in fact, from the early Christian era, and came out of the turbulent religious seas of Hellenic Egypt. This book from The Divine Pymander XVII books London 1650. This was translated by John Everard from the Ficino Latin translation.