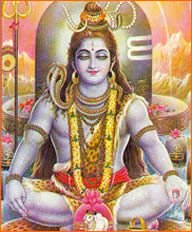 For our viewing and listening pleasure, today I am sharing this little site:

What does all that mean? Well it means that they have these wonderful prayerful mantras and songs. I played the Hare Krishna mantra when I went there, and it felt so good. The music went straight into my heart and actually brought tears to my eyes.

As I was surfing for new and different prayer sites, one thing was constant, no matter what the content, or the intent, or the consciousness, or the religious affiliation - the concept of getting still, and finding a place of alignment or closeness to God was mentioned almost every time. And so I think it must be important. That's what these hindu prayers did for me - so that's why I am sharing them here.

To listen to these prayers you will need Windows Media Player. You can get this free plug-in from the Microsoft web site

There are different pages, with different prayers and mantras, the page I went to was the Radhe Krishna Temple Prayers, and if you scroll down the page you will see various links to various mantras, bhajans, and even some talks given by the Swami.

Note: Looks like these links no longer take you to the right pages. But hey, I've got something better! It's a video. George Harrison and the Radha Krishna temple singing Hare Krishna. Enjoy!

You also may enjoy these free books:

Lesser Invoking Ritual Of The Pentagram 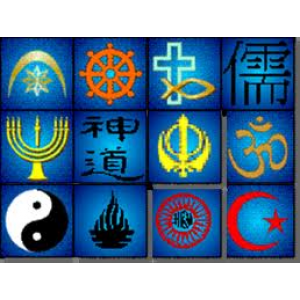 Book: Lesser Invoking Ritual Of The Pentagram by Order Of The Golden Dawn

Download Order Of The Golden Dawn's eBook: Lesser Invoking Ritual Of The Pentagram 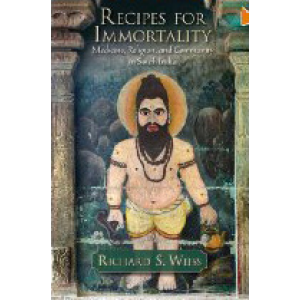 Despite the global spread of Western medical practice, traditional doctors still thrive in the modern world. In Recipes for Immortality, Richard Weiss illuminates their continued success by examining the ways in which siddha medical practitioners in Tamil South India win the trust and patronage of patients. While biomedicine might alleviate a patient's physical distress, siddha doctors offer their clientele much more: affiliation to a timeless and pure community, the fantasy of a Tamil utopia, and even the prospect of immortality. They speak of a golden age of Tamil civilization and of traditional medicine, drawing on broader revivalist formulations of a pure and ancient Tamil community.
Weiss analyzes the success of siddha doctors, focusing on how they have successfully garnered authority and credibility. While shedding light on their lives, vocations, and aspirations, Weiss also documents the challenges that siddha doctors face in the modern world, both from a biomedical system that claims universal efficacy, and also from the rival traditional medicine, ayurveda, which is promoted as the national medicine of an autonomous Indian state. Drawing on ethnographic data; premodern Tamil texts on medicine, alchemy, and yoga; government archival resources; college textbooks; and popular literature on siddha medicine and on the siddhar yogis, he presents an in-depth study of this traditional system of knowledge, which serves the medical needs of millions of Indians. Weiss concludes with a look at traditional medicine at large, and demonstrates that siddha doctors, despite resent trends toward globalization and biomedicine, reflect the wider political and religious dimensions of medical discourse in our modern world. Recipes for Immortality proves that medical authority is based not only on physical effectiveness, but also on imaginative processes that relate to personal and social identities, conceptions of history, secrecy, loss, and utopian

The Book Of Pleasure Or Self Love 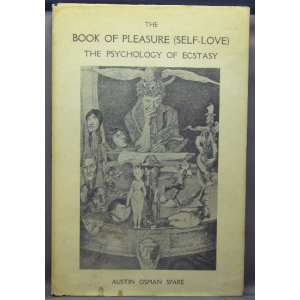 Book: The Book Of Pleasure Or Self Love by Austin Osman Spare

The Book of pleasure (Self-Love), Psychology of Ecstasy is a book written by Austin Osman Spare during 1909-1913. The book could be regarded the central text among his writings. It covers both mystical and magical aspects of Spare's ideas; as the modern ideas on Sigils (as now have become popular among Chaos Magic) and Spare's special theory on incarnation are for the first time introduced in this book.
There are some chapters in The Book of pleasure that Spare has referred to them within the text, but are omitted. It seems that they were destroyed during World War II. The book had originally been planned as a mutus liber of illustrations only -"the Wisdom without words", but expanded later.

Buy Austin Osman Spare's book: The Book Of Pleasure Or Self Love

The Encyclopedia Of World Religions 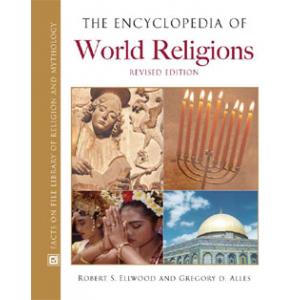 Book: The Encyclopedia Of World Religions by Robert Ellwood

Gratifi ed by the response to the initial publication of The Encyclopedia of World Religions, the editors have prepared a revised and much enhanced edition of this work. The new edition contains 100 new Articles on as many fresh topics,
from ACTS OF THE APOSTLES to VIETNAMESE RELIGIONS. Numerous suggestions for further reading have been added throughout. Many articles have also been updated and expanded. The entire encyclopedia has been carefully scrutinized to ensure accuracy, to include the latest scholarship and information, and to adequately represent recent world events involving religion.

The early years of the 21st century have turned out to be a time in which religion is much in the news, often in very controversial ways. Once again, faith has shown itself to be a major force behind political and international events, as well as within the hearts of individuals. Regardless of how one feels about religion’s role in society, now more than ever, reliable and in-depth information about the world’s religions—an understanding of its role both today and throughout history—is essential to responsible modern citizenship. It is hoped that this encyclopedia will contribute to that vital understanding. — Robert S. Ellwood
General Editor

Buddhism In The British Press 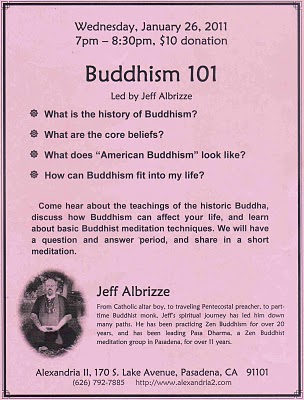 My sister Laura Bolton, who has died aged 46 from an undiagnosed brain condition (hydrocephalus), was a linguist and teacher who established Bikeability Wales, a prizewinning charity for disabled people....Japan she was also a Christian missionary, but there became interested in Buddhism and absorbed this into her spiritual beliefs, which were combined in...

DOES KARMA MAKE YOU CALMER?

Growing up in North London I hated going to synagogue on the high holidays. The services were long and monotonous. Most worshippers showed up at least an hour late and people chatted throughout the service and many just loitered outside socialising. Of course there were some who took the service seriously and were praying, but for most the synagogue services were something to...religion and are therefore seeking out spirituality in other religions such as Buddhism. As a rabbi reaching out to unaffiliated and assimilated Jews in...

There is perhaps no country more feared and less understood in India than China. In recent weeks Delhi newspapers and television have been awash with stories about the People's Liberation Army crossing the Himalayas to daub rocks with Chinese characters, making daredevil helicopter raids to drop (stale) tinned food on hapless farmers and trading fire with Indian soldiers. India...

GRANNY TOLD ME NOT TO MARRY A CATHOLIC, TONY BLAIR TELLS PAPER

Tony Blair has revealed that after ignoring a stern warning from his great-grandmother about marrying a Catholic, he now finds his new-found faith has become the driving force in his life as he seeks to clear up the world's religious conflicts. Speaking to L'Osservatore Romano, the Vatican's daily newspaper, Blair said today he considers Pope Benedict's belief that God is...dialogue with China ("They are talking a lot about Confucianism, Taoism and Buddhism"), understanding what makes a family strong, and even how to fight...

My cousin Siraj startled me the other day. He emailed me from his home in Washington DC, urging me to open my heart and accept Islam. I know you have been contemplating the step of becoming a Muslim for some time, he wrote: do it now, in the holy month of Ramadan! Becoming a Muslim, I thought... What the heck did he think I had been all these years, from birth onwards? My fat...

WHY SLEEP ARE A DREAM BAND FOR STONERS

How do you know when an album has truly made it into the canon? It used to involve endless retrospectives in classic-rock magazines, but now the litmus test is the Don't Look Back shows organized by All Tomorrow's Parties. In May, ATP booked Sleep to play their outrageously good 1992 album Holy Mountain, the kind of record that sets the template for other bands and is...longer concerned with marijuana but the freedom and liberation of meditation and Buddhism. The ritualistic trances of Variations On a Theme continued with Conference...

You also may enjoy this free books: