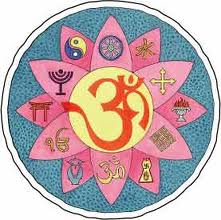 W. Bro. Ward is one of the most able and earnest of Masonic students. He brings to bear on the task of research the mind of a scholar, enriched by extensive reading, much travel and a wide Experience of men and affairs. In addition to being a well known author of Masonic Works, he was the Founder of the Masonic Study Society, whose first President was the late Sir Richard Vassar Vassar-Smith, 33 degree, and in whose ranks are to be found many eminent Masonic writers. Brother Ward has by precept and example led others to become eager explorers in the realms of Masonic truth. The present volume is No. 1 in a series of studies as to the meaning of our Ritual. It deals with the degree of an
Entered Apprentice and is calculated to inspire the younger brethren with the resolve not to content themselves with the outward form of our Ceremonies, beautiful though it be, but to gain a knowledge of the indwelling soul of Masonry and to comprehend the deep meaning of the ritual with which they are step by step becoming familiar.

The issue of Bro. Ward's series of handbooks cannot fail to accomplish its main object, which is to lead not only juniors, but also those well versed in the ritual, to mark, learn and inwardly digest the significance of the ceremonies, which when properly understood, causes our jewels and emblems to glow with an inner light which infinitely enhances their beauty. The ready reception which Bro. Ward's books have already received at the hands of the Craft, prove that they meet a recognised requirement as expositions of the character of a ritual with whose external features we are familiar, and in which we take our daily delight.