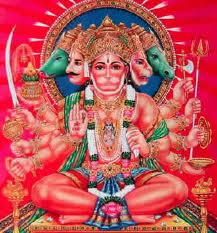 SAIVISM: The primary goal of Saivism is realizing one's identity with God Siva, in perfect union and nondifferentiation. This is termed nirvikalpa samadhi, Self Realization, and may be attained in this life, granting moksha, permanent liberation from the cycles of birth and death. A secondary goal is savikalpa samadhi, the realization of Satchidananda, a unitive experience within superconsciousness in which perfect Truth, knowledge and bliss are known. The soul's final destiny is vishvagrasa, total merger in God Siva.

SHAKTISM: The primary goal of Shaktism is moksha, defined as complete identification with God Siva. A secondary goal for the Shaktas is to perform good works selflessly so that one may go, on death, to the heaven worlds and thereafter enjoy a good birth on Earth, for heaven, too, is a transitory state. For Shaktas, God is both the formless Absolute (Siva) and the manifest divine (Shakti), worshiped as Parvati, Durga, Kali, Amman, Rajarajeshvari, etc. Emphasis is given to the feminine manifest by which the masculine Unmanifest is ultimately reached.

VAISHNAVISM: The primary goal of Vaishnavites is videha mukti, liberation -- attainable only after death -- when the small self realizes union with God Vishnu's body as a part of Him, yet maintains its pure individual personality. Lord Vishnu -- all-pervasive consciousness -- is the soul of the universe, distinct from the world and from the jivas, "embodied souls," which constitute His body. His transcendent Being is a celestial form residing in the city of Vaikuntha, the home of all eternal values and perfection, where the soul joins Him upon mukti, liberation. A secondary goal -- the experience of God's Grace -- can be reached while yet embodied through taking refuge in Vishnu's unbounded love. By loving and serving Vishnu and meditating upon Him and His incarnations, our spiritual hunger grows and we experience His Grace flooding our whole being.

SMARTISM: The ultimate goal of Smartas is moksha, to realize oneself as Brahman -- the Absolute and only Reality -- and become free from samsara, the cycles of birth and death. For this, one must conquer the state of avidya, or ignorance, which causes the world to appear as real. All illusion has vanished for the realized being, Jivanmukta, even as he lives out life in the physical body. At death, his inner and outer bodies are extinguished. Brahman alone exists.