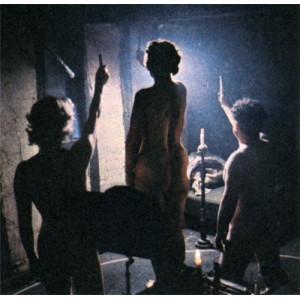 British "Traditional" Wicca (BTW): A term used to describe the Wiccan Movement, the most prominent of which are Gardnerian and Alexandrian Wicca. Not to be confused with those who practice witchcraft in the British traditions of ancient Celtic and Druidic origins, Wiccans practice a modern pagan religion, more in line with the new age, humanist movement.

* Gardnerian Movement: Followers of a modern structured system based in elaborate ceremony and ritual. Wiccans practice what are a fairly fundamentalist set of rituals which are administered by a set lineage of high priests and priestesses. The Gardnerian Movement or Wicca, came out of a mass media "spiritual revival" campaign, led by founder Gerald Gardner, in Europe in the 1950s. This new religion has lost credibility amongst traditional witches who see it as promoting the idea of "weekend witchcraft" and not an absolute and unmitigated dedication to a life in "The Old Ways".
* Alexandrian Movement: A modified Gardnerian system founded by Alexander Sanders in the 1960's. Though more eclectic in practice, in most ways, the Alexandrian Movement is very close to Gardnerian with a few minor changes. As with the Gardnerian, it is not considered to be "Old Religion" by traditional witches.
* Feri Movement: A more or less modern form originated in the 1940’s by Victor Anderson and originally called the 'Vicia' tradition. It has its own theology with its own Gods, known as the Star Goddess, the Divine Twins and the Blue God. It utilizes ecstatic sexual practices which seek to raise and use “Feri energy” which is seen as a specific power that is passed between members of the movement. This movement is often confused as being Wiccan and while Feri members make no claims to a Wiccan lineage, a case could be made that Wicca is an offshoot of Feri.