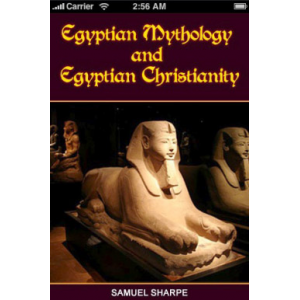 This short work on Egyptian religion from the middle of the 19th Century was written at a time when the subject was just Beginning to be understood by modern scholars, due to the recent decipherment of the hieroglyphs. Although scholarly and thorough, the Information in this text should be cross-checked with later works. The best part may be the funky illustrations, all of which are in the public domain.