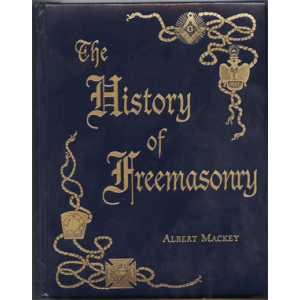 IN the study of Freemasonry there are two kinds of statements which are presented to the mind of the inquiring scholar, which are sometimes concurrent, but much oftener conflicting, in their character.

These are the historical and the traditional, each of which appertains to Freemasonry as we may consider it in a different aspect.

The historical statement relates to the Institution as we look at it from an exoteric or public point of view; the traditional refers only to its esoteric or secret character.

So long as its traditional legends are confined to the ritual of the Order, they are not appropriate subjects of historical inquiry. They have been invented by the makers of the rituals for symbolic purposes connected with the forms of initiation. Out of these myths of Speculative Masonry its philosophy has been developed; and, as they are really to be considered as merely the expansion of a philosophic or speculative idea, they can not properly be posited in the category of historical narratives.

But in the published works of those who have written on the origin and progress of Masonry, from its beginning to the present time, the legendary or traditional has too much been mingled with the historical element. The effect of this course has been, on adversely prejudiced minds, to weaken all claims of the Institution to an historical existence. The doctrine of "false in one thing, false in all," has been rigidly applied, and those statements of the Masonic historian which are really authentic have been doubted or rejected, because in other portions of his narrative he has been too credulous.