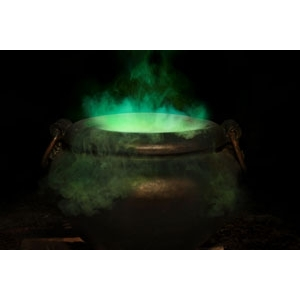 To most people unfamiliar with the subject the words “Paganism” and “Witchcraft” are synonymous. However, while some Pagans are Witches, most are not. Witches, like Shamans are practitioners of specific rituals and traditions within the general framework of the tribal pagan experience.

Witchcraft is the name that was used by the Christian Church to stigmatize the practitioners of "The Old Religions". It is the continuation of the practices of the native spiritual and cultural beliefs of Europeans and others that existed prior to the advent of Christianity. The witch is a practitioner of a paganistic lifestyle, but the paths (traditions) that individual witches follow often vary widely. A witch will follow the principles and beliefs of the pagan philosophy, but not according to any set of parochial dogmas. A witch's individual path comes from the epiphany of their own individual experience and the exercise of their own given talents. Witchcraft is a considered a religion; however that classification is more a legal label rather than a definition of witchcraft as a congregational approach to spirituality.

To become a witch, one must become a practitioner of the “Old Religion”. Different traditions have different methodology for becoming a part of their tradition. For most, this involves some form of self-dedication to the Gods and Goddesses of the Earth. Even for those born into a family tradition, a conscious decision to follow the "Old Ways" must be made.