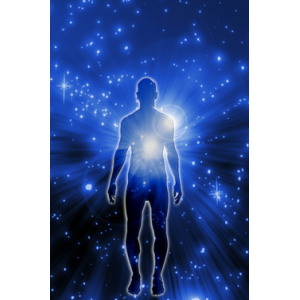 This is part one of a series of Articles that will endeavor to define the astral world and the projection process. Please keep in mind, while reading v1.x of this Treatise, that it was my first attempt at serious writing. That is, I was learning to write while writing them. I have been studying the astral plane, in my astral form, for most of my life. I have attempted, by careful observation and critical thinking, to understand it, and hopefully, to shed a little light on it. Everybody, without exception, leaves their body in a low powered projection, when they go to sleep. I call this sleep projection. The astral body hovers a few inches above the physical like a balloon on a string, mimicking the sleeping position and going no further. Once the astral body has separated, it is free to create dreams. This is the natural (sleep, dream) process we are all familiar with. During this, you sink into the collective dream consciousness of the world. This ‘dream pool’ settles into layers. According to what type of person you are, spiritual, moral advancement etc, you will tune in to a level you have affinity with. These levels are commonly called the ‘Planes’ or sub Planes. There is nothing wrong with this analogy except that it can confuse things when you try to grasp the whole concept.

If you become aware during sleep projection you can take some control over it as in a lucid dream, and move amongst the levels. If you do take control though, you cannot return to the real world and function as an astral form in it. You are in the topsy-turvy world of the dream pool or astral planes, where everything is possible, but not very plausible. When you do a ‘fully conscious’ projection of the astral form you project into the physical world, not any astral world. This has long been misunderstood. What is usually thought of as Astral Projection today is better called ‘Lucid Dreaming’ which is completely different.

The Eastern concept of the levels; physical, astral, mental, Buddhic, Atmic etc is very real. They have been confused though and mixed in with the Western concept of astral projection. They are different levels of consciousness, not planes as such. When you AP you don’t raise your consciousness, it is the same as when you are awake. These ‘higher’ levels can only be reached by raising your consciousness; you can’t just project into them. It is a different kind of ‘projection’. I have been in these higher levels but it is difficult to explain them, they really have to be experienced. They are normally reached during deep meditation. In order to reach these higher levels, some clairvoyant ability is required. This can be developed, or natural ability. - Robert Bruce