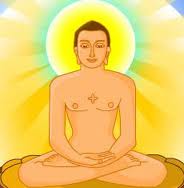 Like Buddhism, Jainism also originated at a time when the Later Vedic period (1000 BC-600 BC) had come to an end and there was a rise of republics and small kingdoms. The rise of the first kingdoms was marked by the emergence of the ruling class in each kingdom, which belonged to the Kshatriya or the warrior caste. While the Kshatriyas ruled these kingdoms and protected the rest of the masses, the Brahmin or the priestly caste catered to the religious and educational needs of the people, as well as sanctified the rule of the Kshatriyas.

The Kshatriyas and Brahmins in tandem asserted their authority over the people in general and the masses belonging to the lower caste in particular. The lowermost strata of the society could not question the authority of the Brahmins and the Kshatriyas. Apart from the struggle with the people belonging to the lower caste, there was a rift between the Brahmins and the Kshatriyas to take control of the reigns of the society. The Kshatriyas were alarmed by the rising power of the priests, who in turn wanted to usurp the power of the Kshatriyas. The rise of Buddhism and Jainism during this period was a natural outcome to the counter the threat of the Brahmanical Hindu order, as the founders of these religions were themselves Kshatriyas or warriors.

The early teaching of Jainism passed from generation to generation through the oral tradition. A religious council was held in Pataliputra (present-day Patna) in third century BC, where all Jain teachings were recorded and compiled. This collection was later on edited in fifth century AD. The followers of Jainism slowly began to move to the southern parts of the country. The differences that rose subsequent to the migration of the monks to the south led to the division of Jainism into two sects-the Digambars or the sky-clad and the Svetambars or the white-clad. The monks belonging to the sky-clad sect are naked, while the monks belonging to the white-clad sect wear white garments. There is hardly any major difference between the two sects. Jain monks practice non-violence to the extent that they put a white cloth over their mouths to prevent them from accidentally inhaling insects.

Jainism became popular amongst the royal dynasties like the Ganga, Kadamba, Chalukya and the Rashtrakuta. The rich merchants of Gujarat have patronized this religion.