The Zoetic Grimoire Of Zos 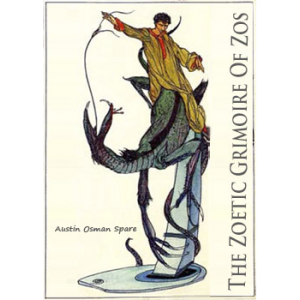 Actually there is neither a Black nor a White Sabbath: the ethical criterion of all acts is whether they are anti-social or so motivated. Where two or more of a kind of equal maturity and inclination enact for consummation, then, if harm they do it is only to themselves—which I doubt—and far less harmful than the practices of those who mutilate or deny their bodies in the name of a culture or a religion. The latter are invariably prophets or propagators of sterility, whereas the one outward tenet of Witchcraft is silence to "unlike others".

The Witch so engaged is old, grotesque, worldly and libidinously learned and is sexually attractive as a corpse; yet she becomes the entire vehicle of consummation. This is necessary to transmute the personal aesthetic culture.
Perversion is used only to overcome moral prejudices or conformity; the mind and desire must become amoral, focused and made entirely acceptive so that the life-force is free of inhibitions prior to the control. Thus, the Sabbath becomes a deliberate sex-orgy for the purpose of materialization: the Great Reality of 'as if' (wishful thinking). Sex is fully exploited: he who injures none, himself does not injure.

Finally: a culturally accepted criterion has destroyed more affective affinity than any other belief; but he who transmutes the ugly into a new aesthetic has something beyond fear. For the ethical pragmatist I can assert that this formula has never harmed me; on the contrary, by improved health and self-control it has made me tolerant, understanding and compassionate. It inspires and promises more than probability as possible, and is the only thing that has made
reality magical and the magical, reality. Pleasure is in us and around us… now I beckon and it cometh unto me.

Medieval Grimoires - The Grimoire Of Honorius
Austin Osman Spare - The Zoetic Grimoire Of Zos
Posted by Unknown at 12:29 AM